The meeting was attended by 20 members, 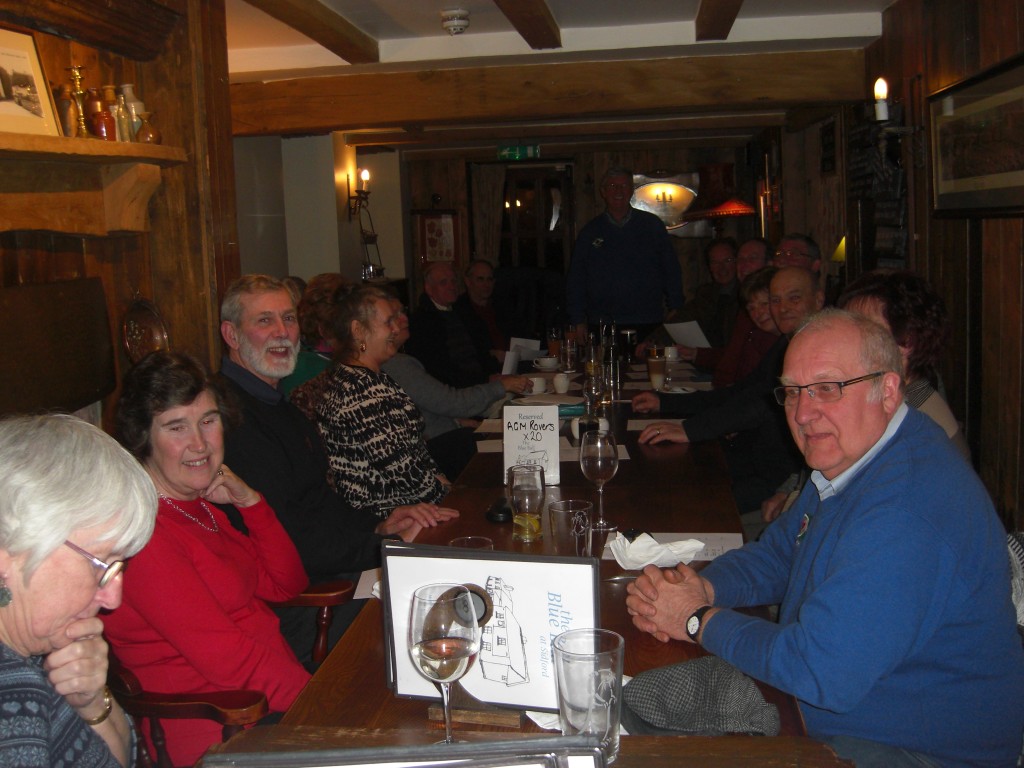 Chairman’s report Another year has gone and if i may say a full and enjoyable one for us all , we did so much again this year, i will just mention a few ,

Our show was another great success making plenty of money for the Sidmouth Lifeboat, the weather was a little better than the previous year, the new layout  worked much better and we had 108 cars on show the best we have ever had,this year we are going to limit the amount of cars to 100 this will give exhibitors a bit more room , my thanks to all the members for their hard work in getting the show ready and clearing up after , special thanks to our ladies who were again fantastic,

We did several shows again this year we did club stands at Powderham, Torbay Old Wheels and Ugbrook House where we finely won the best club stand in show, at all the shows we displayed a minimum of 12 cars a testament to our members, again thank-you all for your backing.

Our trip to the Cotswolds this year organised by Robin and Dot was another outstanding success the routes they put together were ideal, the accommodation organised by Jeremy was perfect, the evenings entertainment supplied by Freddie and Curly was brilliant as was Dots fun quiz, thanks to all who helped to make the week-end.

We joined forces with the Austin A30/35 club for several events this year all most enjoyable, we helped them at their National Rally held in Exmouth this year and i feel we learnt a lot from the experience, this year they finely beat us at skittles ,

To sum up i believe we have had another wonderful year and i very much look forward to the coming year,

I would like to thank all the members and their wives and partners for their  support over the last 12 months.

A massive thank-you to the committee for all the hard work,time and effort they have put in over the last 12 months without their dedication none of this would have happened.

The Treasurers report followed the clubs balance sheet looks very healthy we are in a good position to start the next year, if you would like a balance sheet please email me at ian.hartnell@btinternet.com

Question were taken and answered or explained about both reports,

Election of the new committee took place with Guy Garrett taking the chair,

After the election of the committee Robin gave a presentation of our plans for drive it day on Sunday 26th April, we will doing a run to Lanhydrock House near Bodmin full details to follow shortly,

The National Rally will be held on Sunday 10th May, it is proposed to make a week-end of it travelling up on Saturday using A roads stopping at a place of interest,  overnight Saturday at a Travelodge or Premier Inn ,and onto the National on Sunday,Devon branch will be parked together, full details will follow shortly,

It was proposed we have a Rover P4 Drivers Guild Devon calendar themed on what we have done in the past year, this will be followed up by Colin Newton.

Any other business and the meeting closed at 9.30pm .